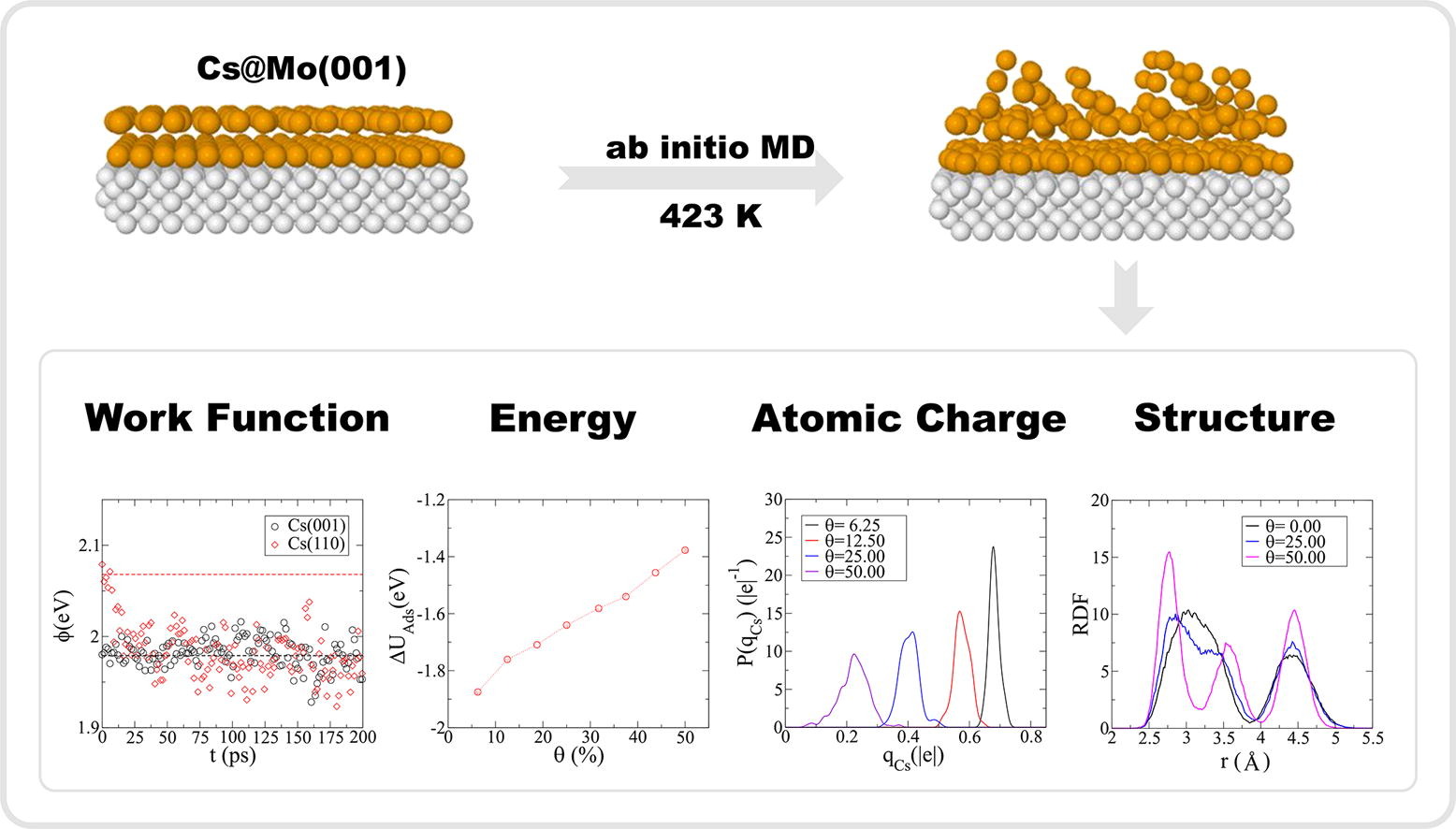 Ab initio molecular dynamics simulations have been conducted to investigate the properties of cesiated surface Mo(001) at the typical operating temperature of the negative hydrogen ion sources (423 K). In the systems with sub-monolayer Cs coverages (), both the mobility and ionicity of the adatoms decrease with . The computed shape of the work function () dependence on agrees with experiment, although our simulations underestimate the extent of the variation. In multilayer depositions, cesium forms two phases exhibiting distinctly different properties. The atoms laid directly on the substrate form an ordered layer with the atomic density and charges similar to those of the saturated monolayer (ML). A disordered phase with a much lower particle density is formed by the atoms stacked on the ordered layer and induces a positive shift in by 0.32 eV compared to ML. A similar behavior is observed for the Cs(001) and Cs(110) surfaces used as models for thick Cs depositions. The work function determined for multilayer Cs depositions at T=423 K is nearly independent of the substrate face and of the presence/absence of Mo, indicating that of such systems is fully determined by the disordered surface phase.

Department of Physics, Faculty of Science, University of Ostrava