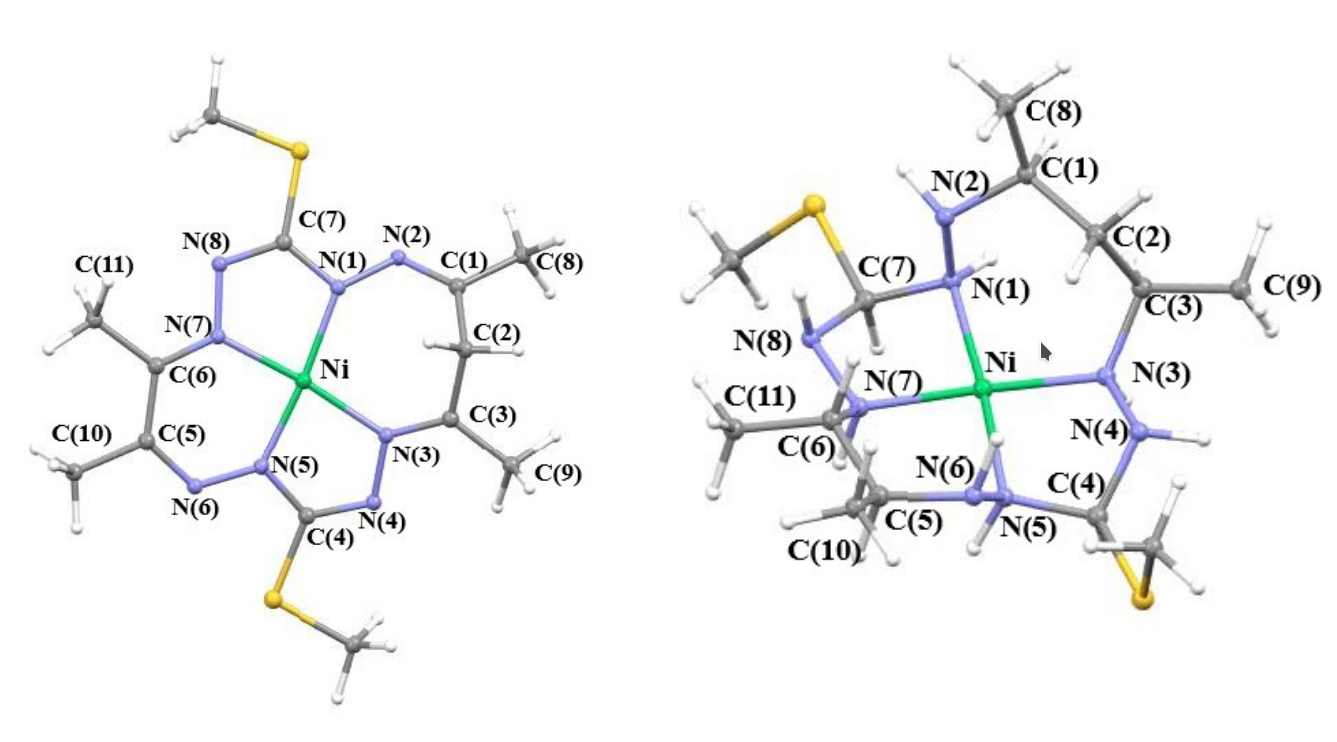 Two 15-membered octaazamacrocyclic nickel(II) complexes are investigated by theoretical methods to shed light on their affinity forwards binding and reducing CO2. In the first complex 1[NiIIL]0, the octaazamacrocyclic ligand is grossly unsaturated (π-conjugated), while in the second 1[NiIILH]2+ one, the macrocycle is saturated with hydrogens. One and two-electron reductions are described using Mulliken population analysis, quantum theory of atoms in molecules, localized orbitals, and domain averaged fermi holes, including the characterization of the Ni-CCO2 bond and the oxidation state of the central Ni atom. It was found that in the [NiLH] complex, the central atom is reduced to Ni0 and/or NiI and is thus able to bind CO2 via a single σ bond. In addition, the two-electron reduced 3[NiL]2− species also shows an affinity forwards CO2.

Department of Physics, Faculty of Science, University of Ostrava